The Tragedy of Swale

My eyes took in the rolling hills, the black wooden fences, and the quaint barns ahead of me. I could almost feel the history surrounding me. These were the grounds on which the great Secretariat had spent his last days, the land on which his noble sire Bold Ruler had created his dynasty, the place where so many champions had been bred, born, and raised. It was the historic Claiborne Farm – among the most renowned Thoroughbred farms in the industry.


Just a short distance away from the stallion barns is a small area overwhelming with history. One step into the area walled by hedges and you will read the names of some of the greatest Thoroughbreds to ever live on rugged stone headstones. Of course, Secretariat’s gravestone is the most popular one in the cemetery, but across the small sidewalk is a similar gravestone displaying the name of a horse that the world tragically only got to enjoy for a short moment in time: Swale.

The first time I visited Claiborne Farm, I had no idea who Swale was. But the fact that the years under his name only spanned from 1981-1984 instilled me with sorrow – not only for the fact that the horse had only lived for three years, but also that I did not know who this star-crossed champion was. When I visited the celebrated farm three years later, I paid my visit to Swale’s grave, for I had learned the colt’s heartbreaking tale.

The story of Swale begins with his dam, Tuerta. A mare who descended from a long line of great mares, Tuerta was a direct descendant of the great mare Chelandry, the foundation mare of family 1n. The daughter of the Argentinian Horse of the Year Forli and the track record-equaling Continue was born with just one eye, thus being dubbed with a name that meant “one-eyed” in Spanish. Despite her impairment, Tuerta became a very successful racehorse, capturing three stakes victories – two of which were graded – before retiring with earnings of $125,912. A Claiborne homebred, Tuerta visited several different stallions, foaling the multiple graded stakes-placed Illuminate and the multiple stakes-placed Sight within her first four foals.

But it was her fifth foal that made the greatest impact. Sent to the Triple Crown-winning Seattle Slew in April of 1980, Tuerta foaled a nearly-black colt sired by the great Slew, who was the only undefeated horse to ever capture the Triple Crown. A horse who had a particular affinity for sleeping, one day he appeared to have disappeared from his paddock. Fortunately, he was not gone. Rather, he was sound asleep in a low spot in the land – a swale. And thus, a champion was named.

Swale made his racing debut for legendary trainer Woody Stephens in July of his juvenile career at Belmont Park, setting a blistering pace before finishing a good second. He broke his maiden next out two weeks later at the same expansive track by 1 ¼ lengths before shipping to the prestigious Saratoga Racecourse for the Saratoga Special (GII), a race that had seen many greats win early on in their careers, including Colin, Native Dancer, Nearctic, Regret, and Whirlaway. In the Saratoga Special, the dark colt faced a muddy track but handled it well, capturing the grade two by ¾ of a length over Shuttle Jet, the colt who had defeated Swale in his debut.

But in the Hopeful Stakes (GI) twenty days later, Swale finished third behind Capitol South, beaten 4 ¼ lengths. Swale made three more starts as a two-year-old, all of which were victories. Following a pair of tough photo finishes that resulted in wins in the Futurity Stakes (GI) at Belmont and the Breeders’ Futurity (GII) at Keeneland, Swale went to post in the Young America Stakes (GI) at the Meadowlands, in which Swale faced a large field of fifteen other rivals. Like his previous two races, Swale found himself locked in a duel throughout the race, but despite the fatigue from the battle he had fought within the race, Swale rallied from mid-pack, digging in deep in spite of his exhaustion to cross the wire in a thrilling photo finish with Disastrous Night. Moments later, the photo revealed that Swale had triumphed by a nose – his third consecutive tight photo finish victory.


Despite his four graded stakes victories, three of which were grade ones, Swale lost the Eclipse Award for Champion Two-Year-Old Male to stablemate Devil’s Bag, who had won one less grade one that Swale. But Swale had displayed true brilliance during his juvenile campaign and one significant characteristic in particular; Swale had shown a great amount of heart.

Swale made his three-year-old debut in early March of 1984 in the Hutcheson Handicap (GIII) at Gulfstream Park, galloping his way to an effortless 8-length victory. It appeared Claiborne Farm had a serious Kentucky Derby (GI) contender on their hands, and not just a horse that could bring them to the Run for the Roses, but a horse that could gallop their yellow silks across the finish line at Churchill Downs on the first Saturday of May in front.

Ten days later, Swale suffered a defeat in the Fountain of Youth Stakes (GII), winding up 1 ½ lengths behind Darn That Alarm and Counterfeit Money. But he rebounded in the Florida Derby (GI) at the end of March, defeating the grade one-winning Dr. Carter by ¾ of a length.

Swale’s final prep for the Derby came in the Lexington Stakes at Keeneland, in which the almost-black colt was surprisingly annihilated by He is a Great Deal, who captured the race by a stunning 8 lengths over a sloppy track. Nonetheless, Swale continued on to Churchill Downs for the world’s greatest race, the Kentucky Derby.

Sent off as the second choice, Swale found a good position in third as the field raced around the clubhouse turn, travelling wide. Down the backstretch, he settled in second behind the eventual champion filly Althea, pressuring her as the daughter of Alydar completed the initial half-mile in 47 2/5 seconds. As the track began to arc, turning into the final curve, Swale stuck his black head in front, opening up on the twenty-horse field midway through the turn. He never looked back after taking the lead, holding a substantial advantage on the others as he led the talented Thoroughbreds into the homestretch beneath the Twin Spires. Swale – quite reminiscent of his sire down the stretch – won with overwhelming ease, capturing the Kentucky Derby by an effortless 3 ¼ lengths.

With his win, Swale had given Claiborne Farm and Hall of Fame jockey Laffit Pincay, Jr. their first victories in the Kentucky Derby, and Woody Stephens his second. But they were forced to push the Derby behind them, as the pursuit of the Triple Crown was upon them.

But it was not meant to be. In the Preakness Stakes (GI), Swale raced over a very hard track that he never seemed to relish. Despite a perfect position throughout the race, Swale began to falter due to the difficult track and finished a disappointing seventh – his first out-of-the-money finish – behind Gate Dancer. Though he finished near the back of the pack, he was only beaten by 7 lengths.

Swale proceeded to Belmont for the grueling twelve-furlong Belmont Stakes (GI), the race in which his sire had claimed the Triple Crown. This time, no Triple Crown was on the line – only the confirmation of Swale’s greatness. A win in the race that had been labeled the “Test of the Champion” would prove that Swale was the best of his generation, and among the greatest of any Claiborne homebred in history.

A fairly large field of eleven sophomore Thoroughbreds gathered in the sweltering heat for the mile and one-half contest on June 9, 1984. As the young horses stood serenely in the starting gate, the crowd at Belmont Park was completely unaware that they would soon witness one of the greatest performances a Belmont victor ever executed.

Swale broke sharply from the sixth gate, going straight to the lead as Pincay guided him closer to the rail as the field galloped into the wide, sweeping clubhouse turn at Belmont. Leading the ten others by a half-length around the initial curve, Swale relaxed beautifully, completing the first of six quarter-miles in 24 4/5 seconds. A gorgeous dark athlete in yellow silks, Swale lengthened his advantage on the field to about a length midway down the backstretch. The pace remained moderate as the Claiborne homebred entered the final turn, beginning to open up on the field as Pincay started urging the Derby winner. The others were attempting rallies, but Swale was gradually turning the race into a one-horse contest. Gate Dancer and Play On loomed on the near-black colt’s outside as the final turn reached its end, but as the curve phased into the straightaway, Swale accelerated, propelling himself forward as Pincay mildly urged the colt.

Swale didn’t need much asking. The race was his. The others attempted to chase after him, but Swale readily galloped towards the wire, striding away to an effortless 4-length victory in what was, at the time, the fourth-fastest final clocking of the Belmont: 2:27.20. Swale had completed the race 2.40 seconds faster than his sire despite the suffocating heat. As his almost-black flame flashed under the finish line, Swale sanctioned his greatness, broadened his farm’s and fans' love for him, and stamped himself as the champion of his division, though that honor would not be awarded for months. Most of all, Swale had further demonstrated his tremendous will to win.

Fans eagerly awaited Swale’s next start, enthusiastic about seeing the tremendous horse compete again, though his next start was not expected to come until the fall. He remained in training after the Belmont, and within just a few days after his victory in the great race, the colt returned to light, routine gallops in the morning. One of those gallops came on the morning of June 17, 1984 – just eight days after his Belmont triumph.

Following the gallop, Swale returned to Woody Stephens’ barn, still on routine. Like all other racehorses, Swale was cooled off and given a bath. Everything was normal. Then, out of the blue, the normally laid-back colt reared and fell to the ground.

The fight for his life was a short one – the brilliant colt was dead in moments. The horse that had made Claiborne Farm’s dreams come true was gone. America’s beloved racehorse was to never race again, to never produce offspring, to never breathe another breath. Swale was gone forever.

The necropsy disclosed that despite the fact that he appeared to have died from cardiac arrest, Swale’s cause of death was unknown. His organs were just fine. After several studies, the reason why the great horse had died was still a mystery. But eventually, it was discovered that Swale had died because of a heart abnormality. Nothing could have been done to save him. It had just taken seconds to tear the beloved champion away from the world – seconds that never could have been prevented.

His life was short – much too short. But during the small amount of time that the world was able to enjoy Swale, he provided the racing world with joy, awing fans with his brilliance. Swale’s story is truly a tragedy – a champion that left us too soon, that never was able to give us a dynasty like his great sire, that was buried at Claiborne Farm at the tender age of three. The story of Swale is one that reminds us of the amazing highs and lows of the sport of horse racing, but it is also one that awakens the soul, that reminds you how much we should appreciate our athletes. I was not alive during the short amount of time Swale was, but I will forever remember him, just as the rest of the racing world will. Swale will never be forgotten. 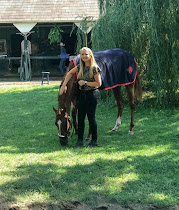